1. Encountering the Other and Picturing the Unspeakable – Creating a Counter Image in German Discourse

Bridging interspaces – the researcher in the field discussing Photo-Voice results with the originators, picture: JB.

In the summer of 2015 in the so called “long summer of migration” or the “European refugee crisis” over one million refugees* reached Germany. The German administration, politics and society found themselves quite unprepared for a situation that had long been in the offing: With the arrivals, a civil society movement of solidarity developed, the so called “welcoming culture”. Unfortunately, also a lot of dissenting voices and movements raised, such as PEGIDA and the political party AfD. With their ascent the mood tipped and image of “the refugee” changed dramatically: People seeking help became a wave of potential criminals and destroyers of the occidental culture. For me this was the starting point to actively take part in this discourse and create a counter-image. In the project presented here I wanted to create such a counter image through actual imaging, namely through photography, and therefore used a method called Photo-Voice. Photo-Voice is a scientific activist research method by which participants* take photos following a question. These images are then discussed in the group, a selection is made, and then the concerns that speak through the images are made public (for example in exhibitions, events or media processing). The aim is always to give the protagonists* and their voices greater hearing and attention. Here the participants*, Germans* and refugees* should try to picture their everyday life. The project was situated especially in rural and peripheral areas in the federal state around Berlin and is part of the author´s scientific activist research. Brandenburg, one of Germany´s largest states by area is also the most sparsely populated, characterised by poor infrastructure development, high unemployment, housing shortages and a political electorate at the two extremes (More information and pictures: https://www.alltag-in-bildern.de). In this essay I will focus especially on the differences between a German and a refugee everyday life: Differences that exist due to the refugees*´ precarious status and the restrictions of the German migration regime (e.g. residence requirements) as well as their accommodation in remote shelters in the countryside. The pictures were paired by the author – always a German one combined with a refugee one. They stand alone and are only contextualized by the statements of the originators.

2. Different worlds in different pictures – an insight in an everyday life of difference

Julia Nina Baumann, born in Munich, Germany, grew up in the countryside in a small Bavarian alpine village. The social and cultural anthropologist conducts activist research with refugees in rural areas and is living in Berlin. 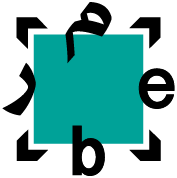